I would like to bring to your attention Elsa Schiaparelli, an Italian fashion designer who dominated the fashion scene between the two world wars. Her rival at the time was none other than Coco Chanel. But, while Coco considered herself a dressmaking professional and a superb craftswoman, Schiaparelli, regarded herself as an artist and her clothes works of art. Today the house of Chanel is still well known, but it is unlikely you have heard of Elsa Schiaparelli, despite the fact she was the first Italian female fashion designer to grace the cover of Time Magazine in 1934. In the roaring 20’s and the glamor years of the 30’s, she was considered the reigning queen of women’s fashion.

These two designing women – Coco and Elsa – moved in the same circles, working in the same vein competing for the same audience and clientele. In their own unique ways they revolutionized the industry, but with opposing concepts. While Chanel’s clothes were known for being simple, elegant with nautical themes, Schiaparelli’s designs were known for being daring, whimsical and down right bizzare.

“She slapped Paris,” said Yves Saint Laurent. “She smacked it. She tortured it. She bewitched it. And it fell madly in love with her!”

Schiaperelli’s – or Schiap as she referred to herself – her designs show a shift in the roles of women of the time and the social revolution that inspired it. Her clothes were on one level practical and absurd at the same time. They combined form and function with sensuality and eccentricity. Her dresses were considered similar to modern canvases and works of art.

She indeed were influenced by artists in the Dada and Surrealist movements, like Jean Cocteau, Francis Picabia, Man Ray, and particularly by Salvador Dali. She was the first to introduce culottes, turbans, wedge shoes and using all manner of unique design themes, animal prints, lobsters, tears, and skeletons.

Her signature color was “shocking-pink. She described hot pink as “life-giving, like all the light and the birds and the fish in the world put together, a color of China and Peru but not of the West.”

One of Schiaparelli’s designs that has recently intrigued me is a design for a hat she created in collaboration with Dali. The hat is shaped like a woman’s high-heeled shoe, with the heel standing straight up and the toe tilted over the wearer’s forehead. This hat was worn by Singer sewing machine heiress Daisy Fellowes – quite the swinger herself in the early 30’s – among many others.

The idea for the shoe hat, in particular, came from a photography Salvador Dali’s wife took of him wearing a woman’s shoe on his head and another on his shoulder.

Dali wrote: All my life I have been preoccupied with shoes, which I have utilized in several surrealist objects and pictures, to the point of making a kind of divinity of them.

As a little boy at school, I stole an old slipper belonging to the teacher, and used it as a hat in the games I played in solitude. In 1936, I constructed a Surrealist object with an old slipper of Gala’s and a glass of warm milk. Years after my school-boy prank, a photo of Gala crowned by the cupolas of Saint Basil revived my early fantasy of the “slipper-hat.”

In 1936 I went so far as to put shoes on heads; and Elsa Schiaparelli created a hat after my idea. Daisy Fellowes appeared in Venice with this shoe-hat on her head.

Together with Dalì Elsa Schiaparelli also designed the “lobster” dress which made its debut in 1937. The Lobster dress was a simple white silk evening dress with a crimson waistband featuring a large lobster painted by Dali onto the skirt. It is rumored that Dalì wanted to apply real mayonnaise to the lobster on the dress but that Schiaparelli objected. The dress was immediately snatched up and worn beautifully by Wallis Simpson, the Duchess of Windsor.

After the war ended, with surrealism falling out of favor, so did Schiaparelli’s designs. There was also some mystery as to her affiliations during the Nazi occupation of France and her involvement with the Germans during that time. These things weakened the house of Schiaparelli financially, and her business began to flounder. Her last runway show was in 1954.

Whereas Chanel continues to be a powerhouse name, and even her vintage clothes continue to command shocking prices today, you can still find original Schiaparelli designs that won’t break the bank. In fact, if you enjoy a bit of whimsy and deep inside you beats a surrealist heart, if you jump over to eBay you can find a treasure trove of vintage Schiaparelli jewelry and other affordable pieces of wearable art.

If you are interested in learning more about Surrealism and Surrealist artists take a look at the Artsy website, a site that curates art and makes it accessible. Here are a couple of links to important artists of the realist movement:

Book Travel in Italy with ItaliaRail!

Keep Learning with Great Course Plus! 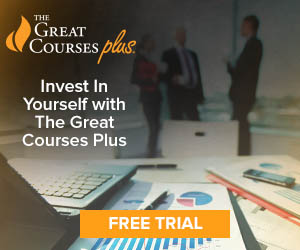